Baklava is an essential part of Ramadan and the Eid al-Fitr celebrations. Many Muslims eat this delicious dessert daily after iftar.

From its Mediterranean roots, baklava has spread globally. This pastry is a top choice snack for many, alongside other Middle Eastern pastries like pita bread.

Baklava has evolved over centuries, giving the world many varieties. Bakeries in various places have left their mark on it, ensuring we can all joyfully observe Ramadan.

This Middle Eastern cuisine has much tradition and history behind its preparation. Some bakeries, like us over at Layla’s Delicacies, still follow the traditional preparation method to ensure we bring out authentic baklavas.

Let’s go back in time to get the historical facts behind the bakeries that have ensured we have a delicious celebration during the Festival of Sweets, as the Eid al-Fitr is also known, with the best baklava. There's no consensus on baklava’s origin. Many Mediterranean societies claim to have given the world this delicious food product. They also proclaim their version as the best and the most authentic baklava

But there is growing evidence that the Assyrians made the earliest known baklava pastries in the 8th century BC.

The Assyrian version consisted of pita bread dough baked with chopped nuts like pistachios, almonds, and walnuts. This mixture was sweetened with honey and baked in wood-fired ovens.

Many traders and merchants encountered these delicious pastries in Mesopotamia, a trading hub in its days. This allowed baklava’s fame to spread far and wide through the Middle East.

Through these trading visits, one community was to make the next profound contribution to the history of baklava making. The ancient Greeks took initiatives from many foreign societies through their merchants and seafarers and put their unique spin on it. This Greek modification process also affected baklava.

Greek bakeries developed the phyllo dough associated with the baklava pastry in the 3rd century BC. This dough developed when it was kneaded to be thin, light, and delicate.

The Greeks named the product after the Greek word for leaf — phyllo. It was a reference to the thinness of the kneaded dough.

This development made it easy to incorporate the crushed nuts and other ingredients into the dough. It was different from the Assyrian baklava with its rough pita bread structure.

Many Mediterranean societies took this discovery and incorporated it into their baklava preparations. Some bakeries created their spin on the pastry layers, with some Serbian chefs famous for creating baklava of 100 layers.

The Greeks also created a baklava variant with 33 sheets. Each of these sheets is supposed to commemorate each year of Jesus Christ’s life — the main focus of Coptic Christianity prevalent in the Greek community.

Much time and expense went into baklava making. This situation meant only the rich could indulge in it, and only on special occasions. This contributed to this dessert’s allure. One of the distinctive features of any baklava is the sweet aroma. The spices added during its preparation are a factor behind this aroma. They get mixed with honey to make the syrup (which is applied to the baked pastry).

These additives were the invention of bakeries in many Middle Eastern communities. They added these spices to make their baklava distinct from those made by surrounding cultures.

Here are the spice contributions from some Middle Eastern cultures through their bakeries: When baklava came into Armenian society through the spice and silk routes in the 10th century AD, their bakeries introduced cinnamon and cloves.

They also made use of sugar in the preparation of their syrup. The Armenian version of this pastry is well-known globally for this unique ingredients mix. With the spice and silk trading routes, the Arabs would also avail themselves of the delicious baklava treats. They introduced rose-water, cardamom, and orange-blossom water to the baking of this pastry product.

These spices affected the taste of the baklava. They were also unique identifiers of the producing country.

One particular group among the Arabs worthy of mention is the Lebanese. With hundreds of ethnic groups in the country, there is a wide variety of dishes and preparation styles among them.

The Lebanese are also well-known travelers, with a diaspora population much larger than their homeland. This plurality contributed a great deal to the Lebanese touch in the evolution of baklava with the spices they introduced.

The Persian bakeries were well known for their dexterity in preparing many sweets and food products. They also left their personal touch on baklava.

They introduced Jasmine perfume into the nut filling of their baklava mix. However, their most important contribution is the diamond shape the baklava is well-known for.

This experimentation is also alive at Layla’s Delicacies with their unique products.

Their artisans maintain the authenticity of their baklava by using flower water. This spice provides a sweet-smelling aroma when you buy their products.

Over the centuries, many cultures in the Mediterranean region created their baklava mix, influenced by traders and travelers on the silk and spice route. There were a wide range of preparation methods.

All these changed with the rise of the Ottoman empire in the 15th century. Baklava in its present form came about during this period.

Various bakers and chefs were brought together from the conquered territories of the empire. The cultural harmonization created a standard for food and sweets preparation in the empire. The standard spread throughout the Middle Eastern region. 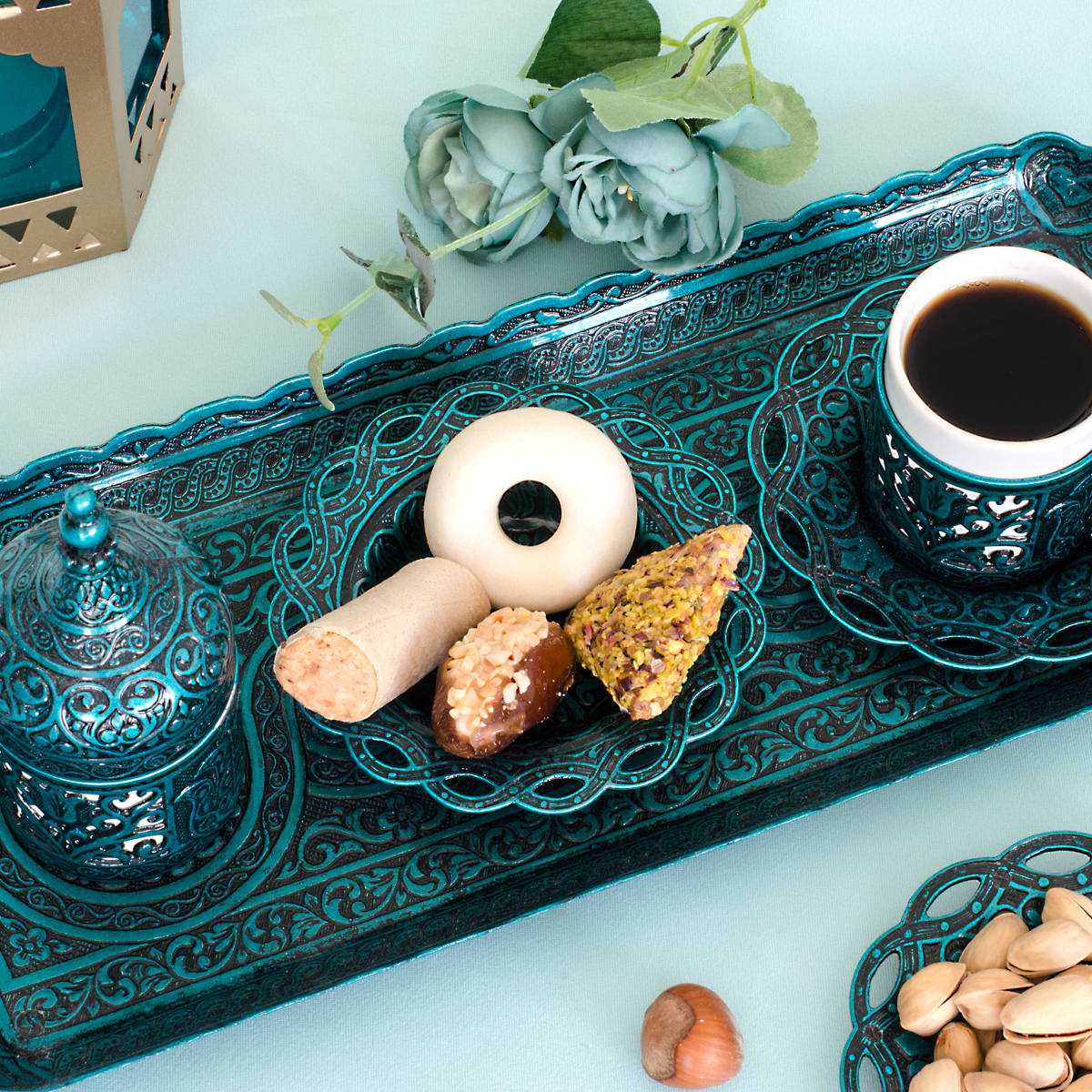 The baklava recipe was perfected in the Topkapi Palace Kitchens owned by the Ottoman rulers in the seventeenth century. This perfection was possible as the rulers paid attention to improving this food product.

On the Sultan’s orders, pastries were baked for his personal soldiers, known as the Janissaries. The trays of baklava were presented to them on the fifteenth day of Ramadan, during a procession known as baklava alayi (parade).

Shops that would sell baklavas to the middle class were opened in Constantinople and other major Turkish cities. This had the effect of introducing more people to the joys of this dessert. It was during this period that baklava became associated with the Turkish.

Baklava at Your Doorstep Today — even though baklava comes in different shapes, textures, and flavors — modern bakeries continue to experiment with new additives, following in the pioneering spirit of the bakers noted previously.

Layla’s Delicacies embodies this spirit. Based in New Jersey, we’ve been producing these treats for a decade.

We recruit experienced artisans trained in Mediterranean food preparation. They prepare the treats by hand. This ensures personal attention, which is needed for authentic baklava treats.

We use a mixture of traditional Middle Eastern and modern production methods. We also deliver our products within one day anywhere in the US. This ensures that they stay fresh when you’re savoring Layla’s Delicacies Mediterranean treats.